You are here: Home > News > Members

Archive for the Members Category

Our Membership Team headed by John Fennell the Circle Membership Officer, undertook a membership drive at the largest Parish in Croydon – St Mary’s in West Croydon, over the weekend of February 15th/16th, aided by Deacon Vincent Morrison, a member of Croydon Circle and a number of other brothers including our two newest members, Bro’s Michael Abiodun & Yves Kpami.

All seven weekend masses were covered, yielding the names of many prospective new members. 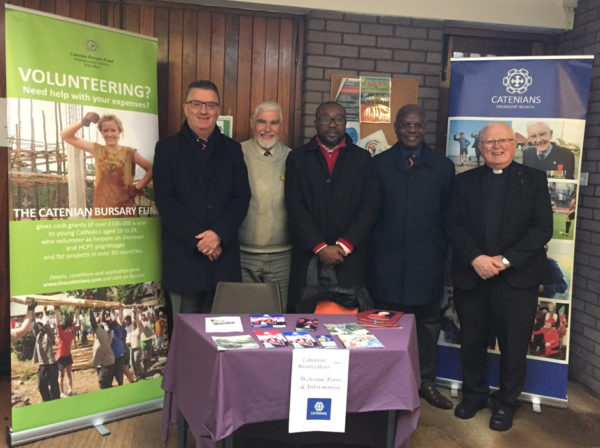 Pictured are, from left to right:-

All the traditional features were present including haggis, drams, pipe music, recitations and songs; not forgetting the equally traditional Tam o’ Shanters which have the strangely levelling effect of making everyone, regardless of office or seniority, look completely ridiculous! 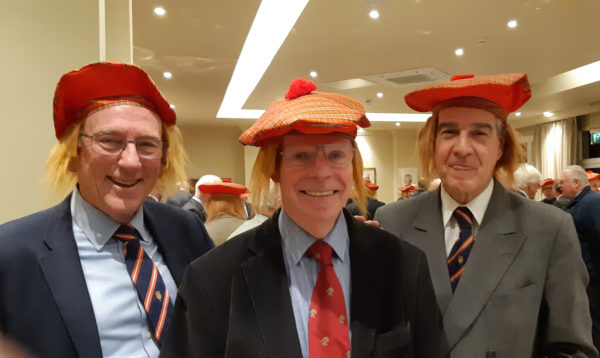 His interests are sea fishing, gardening and home brewing. 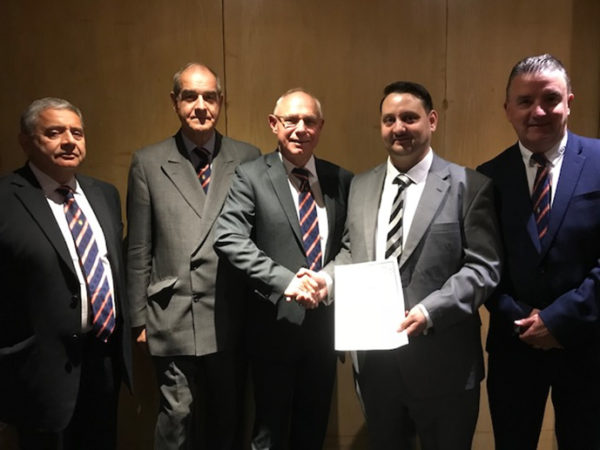 Croydon Brother, Bernard Nelligan is Managing Director of SLE Ltd – the company that has won Business of the Year at the Croydon Business Awards 2012 for manufacturing excellence within Croydon. Bro. Bernard received the award from Ria Barlabas, the head of Barclays Business who said “We are here to look at the brightest stars”.

SLE manufactures life-saving neonatal ventilators – specialist life support equipment for newborn babies which has helped saved babies’ lives across the world and now exports over 90% of its products to 80 countries worldwide.

SLE is now shortlisted to go to the South London Business Awards later this year. 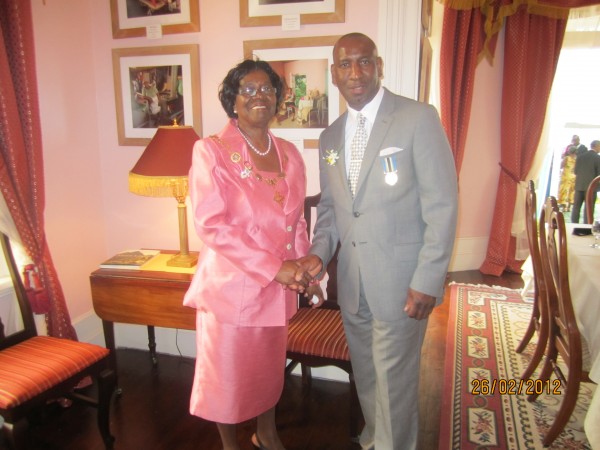 Our new Brother – Bertram Leon has just returned from St Lucia where he was awarded the Les Pitons Medal  Gold (SLPM) by Her Excellency Governor – General in the Order of St Lucia  in respect of  St Lucia’s 33rd Anniversary of Independence, for long and meritorious service to St Lucia. The awarde was made on Sunday 26th February. Bro. Bertram is Chairman of the Gros-Islet Community Association UK. This entry is filed under General, Members and tagged Members.